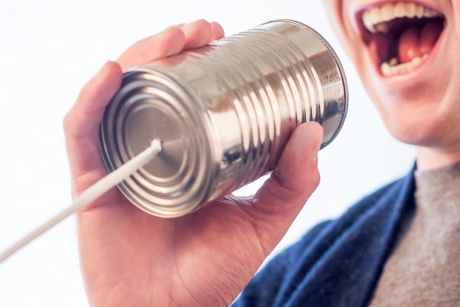 I learned from an early age that the sincere applications of “please” and “thank you” are the best tools with which to diffuse potentially hostile personal encounters on a day-to-day basis.

No one likes being stepped on or disrespected. (Especially not in public.) But smiling doesn’t get you very far when you’re communicating online.

When you argue with an Internet stranger, you’re both missing out on the benefits of the “55 percent body language, 38 percent voice intonation and 7 percent content of speech” formula that we unconsciously rely on to communicate in person. The importance of body language and voice intonation here cannot be stressed enough. Simple text for complex concepts can’t cut it. Text without emoticons or bold or italicized words with which to reinforce critical points in a message can get you into trouble with someone who may be unconsciously and emotionally invested in an issue, or just plain itching for a fight. And sometimes, you’re just coming from the wrong camp altogether.

Establishing and maintaining trust and credibility with your audience is an important first step in effective risk or crisis communication. We’ll talk more about credibility and risk communication in a moment. I promise.

In-person communication styles differ according to a vast spectrum of personality types, to say nothing of differences in environment, upbringing or educational factors. Most people understand the unspoken nuances of the basic communication model: The sender speaks and the receiver listens, processing the message. When the reverse happens, those roles switch. A majority of people, however, will happily charge in wherever they see fit, ignoring thoughtful pauses by the sender and instead breathlessly mislabel the exchange as a dynamic or “energetic conversation,” even if nothing useful comes of the process as a result.

That’s not how this works.

That’s not how any of this works.

The ability to understand a speaker’s intended meaning is called pragmatic competence. It is the ability to use language effectively in a contextually appropriate fashion, and it further connects to something called syntactic ambiguity, which occurs when a sentence has the potential to be interpreted in more than one way due to its structure.

Have you ever seen a casual discussion go completely sideways because the receiver snagged on an emotionally charged word or phrase that the sender didn’t realize they were employing? Yeah. That. The sender may be able to identify this sudden catastrophic error by the receiver’s heated use of the phrase, “Oh, so now I’m (perceived accusation)?!,” for example. Tradition dictates that this part of the exchange must be followed by a loud and lengthy retort from the receiver who will proceed to tell the sender what’s what in no uncertain terms.

People tend to think negatively when they’re upset – emotion only makes it worse. Mental noise can reduce the ability for the receiver to process communication by as much as 80 percent.

The theory of mental noise focuses on the ways we process communication during stressful conditions and how our ability to understand what’s being communicated to us is effected. Emotions tend to override our decision-making abilities. It is only by packaging our messages in very specific ways that we can reach our intended audience. Negative dominance, by way of definition, is nearly self-explanatory: The result of pre-existing negative thoughts, words or feelings, which drive our reactions in high concern or low trust situations.

The fight or flight reaction steals the keys, seizes the wheel, stomps on the gas and goes racing down the highway at breakneck speeds with the radio turned up and the wind roaring in its completely theoretical hair.

The sender in the above dumpster fire scenario is presented with limited response options:

Gosh, if only there was a science-based approach for communicating effectively in high concern, low trust, sensitive or controversial situations; a logical approach developed from the field of behavioral science research and based on empirical observations and years of practical experience.

We can become addicted to the feeling of being right.

Thanks to something called the caveman effect, we’re hardwired to treat every argument as a threat, no matter how small. In times of high stress, the more ordered, executive functions of the brain are forced to take a back seat. The fight or flight reaction steals the keys, seizes the wheel, stomps on the gas and goes racing down the highway at breakneck speeds with the radio turned up and the wind roaring in its completely theoretical hair. 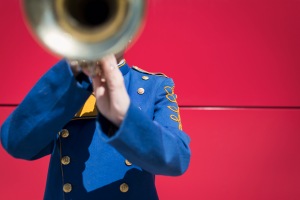 We can become addicted to the feeling of being right. Winning an argument online or in person causes our bodies to be flooded with chemicals. Oh, we like it when this happens! After all, we spend the majority of our lives seeking out things to give us a chemical rush of one kind or another. Naturally, we want to feel this sensation over and over, so when we “win” an argument it serves to further reinforce us in our viewpoints, flawed or no. “I’m not wrong! An entire political party, a handpicked research team, a bureau of seasoned journalists, the Supreme Court and two intelligence-gathering branches of the federal government – they’re all wrong!”

Confirmation bias is the result of a pre-existing opinion, coupled with “unassailable” evidence. We seldom change our formed opinions beyond a certain age and instead dig deeper into our own. The time-honored debate team skill of arguing for both sides of an issue to better understand it has been replaced by a tight selection of logical fallacies … special pleading, leaping from topic to topic or moving the goalposts when a claim is shown to be false … personal incredulity, when a person finds something difficult to understand so it’s obviously not true … and burden of proof, most commonly found in YouTube comment threads, for seemingly innocuous topics, that digress into heated religious debates in less than five replies, thanks in part to the input of trolls.

Burden of proof places the responsibility of proving or disproving an argument on someone else’s shoulders. “You should read a book and educate yourself!” After that, the thread typically descends into vicious ad hominem attacks or character assassinations, improbable threats of physical violence, horrific displays of bad grammar and long strings of emoticons with tears of blue laughter pouring from their tiny electronic eyes.

By all means, take the occasional opportunity to reach across the opinion fence and sample an apple from the Other Tree just to see how it tastes – just to see if your own beliefs or values still hold true. But remember, you can give a person all the evidence they ask for to convince them of a fact, but as the expression goes, “when an argument lasts more than five minutes, both sides are wrong.”

Risk is defined as a threat of loss – real or perceived – to that which we value.

If you’re proposing a response to someone experiencing a real or perceived threat, you must first listen to that person, understanding his or her emotional attachment to the issue and allowing him or her the opportunity to voice concerns uninterrupted. And, most importantly, you must be mindful of the words you choose when you respond.

Speak to or with your audience, not over or at them.

People don’t care what you know until they know that you care.

Then again, maybe your only role in the conversation will be that of receiver: Big ears, big eyes, paying attention. (Pro tip: When a person in crisis, real or perceived, unleashes on you emotionally, he may finish up his artillery strike with a heartfelt apology. For some reason, we tend to feel undeserving of an audience at times, but in a society full of pointed noise and ad campaigns, sometimes what we need the most is to be heard and acknowledged. There is great strength to be found in lowering your weapons.)

Having accomplished that, trust determination states that only when trust and credibility have been established can the receiver begin to process the information that we sent him or her. Factors such as empathy, caring, dedication, commitment, competence, expertise, honesty and openness are important for the receiver to begin to accept the sender’s risk-related message as credible. People don’t care what you know until they know that you care.