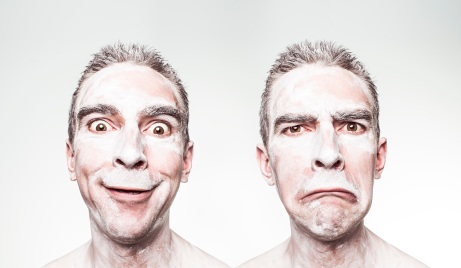 “Our public meeting is going to be an open house?!! Oh. Town hall. OK.”

Here’s today’s public service announcement from me to you: if you have bad news or risk information to communicate to people affected by crisis, don’t ever (ever, ever, EVER) choose to hold a town hall meeting to do so.

Some people look at me like I’m crazy when I say this – even veteran communicators – so let me define exactly what I’m talking about. So-called “New England-style” town hall meetings are often set up like this (should sound familiar to some people):

Public meetings are often held when groups of people have high concern and low trust about an issue or crisis. The style of town hall meetings described above are such a bad idea in those situations, that colleagues and I have used the same synonym to refer to them for years: bloodbath. Figuratively, of course, because the people on the panels (and their reputation) often gets massacred (again, figuratively!) by the audience and any media in attendance. Just the setup alone sends a bad non-verbal – an “us vs. them” layout. If you’ve held even one like this during high concern/low trust situations, I’m sure you’ll agree that you want to do whatever you can to make it better next time.

I can’t answer, “Why are people still holding this type of meeting?,” because I really don’t know. I see it all the time, though. It seems to be a favorite communication fallback position at all levels of government. I can answer, “Why is it such a bad idea?,” though, and it’s simple: New England-style town hall meetings – no matter what ANYONE tells you – do not promote constructive communication whenever people are upset and there’s a lot of bad news to share. Ever. Ever ever. They are a series of monologues during situations in which dialogue is what is needed.

Public meetings – done right – can be a great way to communicate with people affected by your issue or crisis, so what’s the alternative? Easy – an open house. Here’s what this type of meeting looks like, as opposed to the town hall meeting:

Some government organizations have legal requirements to hold town hall meetings during certain circumstances (bummer). Is all lost? Absolutely not. If you find yourself in that unenviable position, go ahead and schedule your required town hall meeting – but have an open house immediately before that meeting, and I think you’ll be pleasantly surprised at the results (I’ve seen this happen, and it was a good thing). People will attend the open house to receive information; they’ll attend the town hall to vent. Good news? If you have an open house before your town hall, those “venters” may have a greatly reduced audience of fellow citizens – after people get what they want and need at the open house, they’ll leave!

Simply put, the traditional style of town hall meeting is about as effective as issuing a “something just happened and we’re gathering facts” news release at the beginning of a crisis, but then refusing to provide any follow-up information or clarity when the situation changes.

Here’s a case study on how public opinion can drive operations and how communicating with people who are upset, instead of to them, are public information and crisis communication lessons learned worth implementing.

An earlier version of this article ran on The Crisis Communicator in June 2014 with the headline Open Houses vs. Town Halls during Crises.